A Small Recap of the Pirated Companies Part 2: Someri Team

Hello everybody, this is KingPepe here. No, I am not taking over this series but I want to write an article myself on this one team whose games are really popular, even people who aren't that into pirates might know it. However, their history is all confusing due to the lack of copyrights that they have. This one team...is Someri Team. All of their games in this article are published by Ge De Industry Co.

Here's a present from me:
http://www.mediafire.com/?boos1z1bbt58fja

Well, not really a present but some of the NSFs in here I want you to refer back to.

Let's take a look at their first game, shall we? 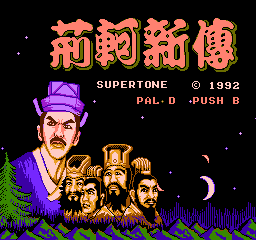 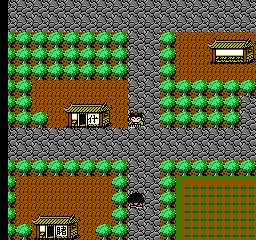 Someri Team uses "Supertone" for their alias here. Oddly, their first game is an RPG which I guess is understandable considering they're easy to make. (Waixing and Shenzhen makes like a ton of them.)

I will be honest, I haven't played through the whole entire game and I don't know the story but I don't know Chinese. If you downloaded those NSFs, keep the 13th track in mind... 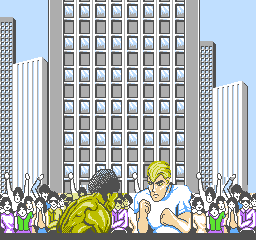 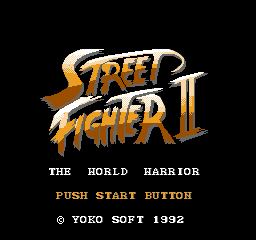 Yes, just as you probably thought. Street Fighter II on the NES. My guess is that this is a port of the SNES version seeing how getting that is easier then the original arcade version. 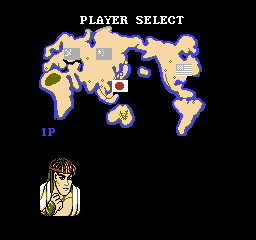 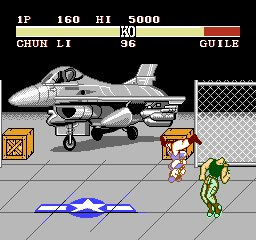 This is the earliest version of the so-called "Kart Fighter" engine although I prefer to call it the "SFII engine". There's only 5 characters, Ryu, Zangief, Guile, Chun-Li and Viga (Vega/M.Bison). Yeah I know, not a lot but considering how early this was. It's understandable. The characters have almost all their moves (Zangief lacks the Spinning Piledriver) and it's all right for a port. Nothing really that special. However, there is one thing I do want to point out. The 13th track in Jing Ke Xin Zhaun appears in the 2nd track of Street Fighter II's NSF (in the zip file, it's under Master Fighter II which I will get to soon. This already proved that Supertone is Yoko Soft and Jing Ke Xin Zhaun is probably one of their first games. 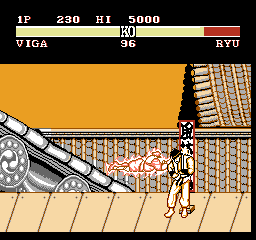 Street Fighter II has been hacked a few times as well. The game was released under as Master Fighter II with the only difference being the title. There is Master Fighter III which allows you to play as Viga. For whatever reason, Viga can't duck (but he still has that annoying sliding kick) but holding down can cause some strange stuff with the opponent. There is also Mario Street Fighter III where...yeah, you can play as Mario. His sprites are horribly stretched out and he is just a clone of Zangief. There is also stages of the castle in SMB3 where you talk to the kings and...Little Nemo for whatever bizarre reason.
One thing is that the title screen has a huge Mario character known as Fortran who has appeared in Dian Shi Ma Li. Bit Corp was responsible for that game...and they also distributed Street Fighter II in Argentina (and possibly elsewhere). I wonder if they're responsible for the hack.

Not much is known about this game since it was never dumped. From the looks of it, it's a ported version of Street Fighter II: Champion Edition judging by the dash near it's name. This game has ALL the characters from the original Street Fighter II. The music is reused from Yoko's SFII but the graphics with the exception of some of the stages is that they are all new. This is also the first fighting pirate to use clones. They all have different portraits, names and colors, with the colors resembling the alternate plaettes in SFII: Champion Edition. The engine here seems slightly updated. One thing that's a bit important is that this (or the game below it) is the first fighting game to use the difficulty option.

There's a few videos on Youtube that show this game such as this: 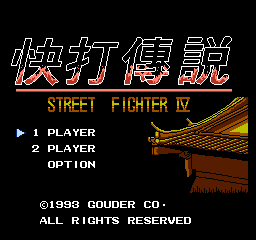 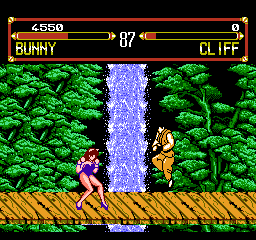 Despite the name, Street Fighter IV is NOT another port of Street Fighter. It's an (almost) original fighting game. This time, they go under the name "Gouder Co." This is one of the two only fighting pirates that uses voice samples. (The other is Sachen's Street Heroes).

Here are the characters:
Cliff - Ryu-wannabe, wears an orange gi and has a ponytail. Has all of his moves and he even shouts "Shoryuken!" in his...well...shoryuken. One thing is that he does have footwear like the first Street Fighter's Ryu.
Bunny - Bunny girl with moves similar to Cliff's. She shoots cards and can flip kick.
Chunfo - Monk with a hand shot, a spinning attack and a dive-in-like attack.
Pasta - Pretty much Cliff's Ken. Blue gi, no ponytail, brown hair and blue boots. His hadouken and hurricane kick go in some wavy pattern.
Stalong - Topless man that uses Guile's sprites from SFII (Yoko) as a base. Only character without a projectile AND a broken attack. (Hold back and b does a flying kick that can be spammed)
Musashi - Boss, possibly some ninja. Has an annoying attack where he bounces around and then does a flying kick at you. 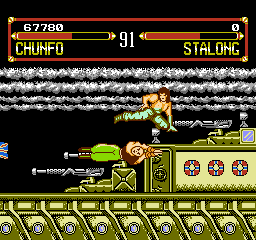 outfit), Moon (purple pants Chunfo), Rober (purple gi Pasta with brown boots), Ranboo (Stalong with purple pants) and Conbon (Musashi with purple outfit, final boss). The AI is much better then Street Fighter II's. This game uses Ryu's and Guile's sprites from Yoko's SFII for Cliff and Stalong. This game would later be hacked into The Legend which appeared on a 15-in-1 cart. The video of the cart can be viewed here: 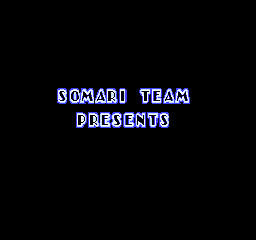 Oh boy, this is where the fun begins... Something to point out is that the games in this year were made with a chip known as the Huang-1 chip so it's pretty much a given these were all by the same publisher. Street Fighter IV has an earlier version of the chip. (It is unknown about the others though) 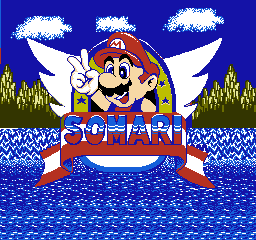 I think we all know how this went. It's Sonic The Hedgehog on the NES with Sonic as Mario instead. Do I really need to go through a summary on this game? It's that popular that I don't even need to go over it. It's the first time that the company is addressed as "Someri Team" even though the intro says Somari Team. (It says Someri on the cart) This game was later hacked as Sonic 3D Blast 5 and Sonic 3D Blast 6 where Mario is Sonic and the starting level changes. Both of these hacks were published by NT who were responsible for publishing some of Hummer's games (Earthworm Jim 3 and Mortal Kombat 4) and Ei-How Yang's (Super Donkey Kong 2 and Toy Story). They also made Family Kid as well that appeared on one of their 2-in-1 cartts. Waixing later took Somari and hacked it into Doraemon. That 15-in-1 cart I mentioned has a game called The Hummer which is a hack of Sonic 3D Blast 5. The 13th track on its NSF should be kept in mind though (which is an unused chaos emerald grab sound)... 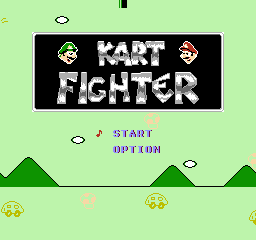 Another infamous pirate that you probably know. A fighting game with...characters from Super Mario Kart. One of the notable things about this pirate is that all the fighter's sprites have been done from scratch with some errors here and there. (but still IT'S ORIGINAL!). Peach wears a short skirt, Donkey Kong Jr's eyes are messed up and Bowser is short but it's still pretty done well. Although it's under 1994, it might have been released in 1993 since Somari was being developed at the time under "SoniMari". Now here comes the fun part. That unused chaos emerald tune appears in Kart Fighter when you select an option. Also remember the 13th track in Jing Ke Xin Zhaun? It's DK Jr's stage music but done a bit differently. Still the same stuff. Also another thing is that some of Kart Fighter's graphics later got reused in Hummer's Super Mario World. The ending music also appears a bit in Hummer's games either used or unused. Strange stuff we got here... 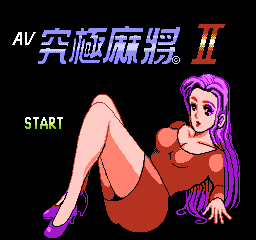 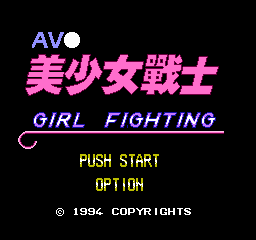 After selecting...you hear that same unused chaos emerald tune and... 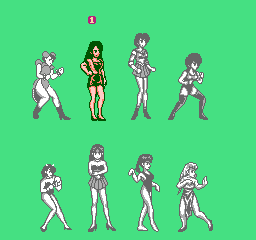 Look to the left on that select screen and tell me if those 2 girls look familiar. If they don't, stop skipping through the article then and READ THE WHOLE THING. Top left is Chun-Li from Yoko's SFII and bottom left is Marry who is Bunny from SFIV. The cart says Someri Team as well just like Somari! Honestly, the 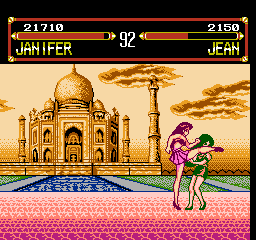 game got ridiculous with the stuff they reused. Also at first the new characters seem original at first. However, 2 of them are from the Bishoujo Senshi Sailor Moon (which is probably what AVBGF's title is based off of) and the others are edited off of the SNES Ranma 1/2's characters. Ok, let's see what they reused...

Jing Ke Xin Zhaun
-The battle music appears in Sugico's stage but it has a (horrible) triangle wave in it.

Street Fighter II: The World Warrior
-Chun-Li from the port is in there, anything else is need to be said?
-The "VS" came from that game.

Street Fighter IV
-Lifebars are the same thing.
-Marry is Bunny from SFIV.
-Uses the same font as SFIV.
-Cliff's, Bunny's, Chunfo's and Musashi's music was reused and put in other stages.
-All the stages in SFIV reappeared in this game.

Somari
-Unused chaos emerald sound that was carried over from Kart Fighter.

Kart Fighter
-Reused sound effects and music. Uses the select music, ending music, high score music (which is used for when beating one of the opponents), Peach's music (edited and non-edited), Yoshi's music (with a channel missing).
-4 of the characters reuses the same commands from the characters in Kart Fighter. Marry is a carbon copy of Mario, Janifer (bra and skirt only) uses Peach's, Vivian (girl in swimsuit/dance suit/whatever) uses Yoshi's, and Niny (with the exception of the projectile) uses Koopa's.
-The select screen works just like Kart Fighter's.

This game is like the center of Someri that it's scary. This game pretty much reuses a lot of stuff from their old games like if they were in a rush to get this out or something. However, this isn't their last fighting game because we have one more... 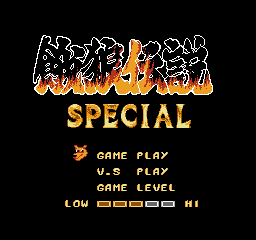 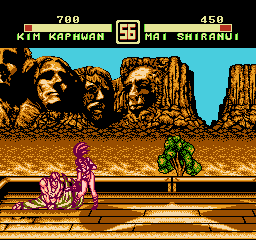 Garou Densetsu Special is a port of Fatal Fury 2. This is Someri's last known game. There's a few things that are kind of surprising about this compared to the others however. The difficulty appears on the front but with 5 levels like Tekken 2's. It also uses parallax scrolling in some areas just like Tekken 2. The game's font was also reused in some of Hummer's other games as well. Also this doesn't contain clones but duplicates instead. No recolors, same people (some have different icons but that's about it). The real characters are Kim Kaphawn, Tung Fu Rue, Wolfgang Krauser, Ryo Sakazaki, Terry Bogard, NT Kau Lok (Andy Bogard), Joe Higashi, and Mai Shiranui. Now here's something bizarre about this game...

(You might have to click on the image to see it)
Yes, those are names from Mortal Kombat II. The game is a hack of MKII Special (or used it as a base) by Hummer Team. The commands were edited from that game as well. This game also uses the select character music from Street Fighter IV.

Well there we have it. Someri's history in one article. Now what happened with them later? Well...they moved onto different publishers with a new name...and here's some of their games: 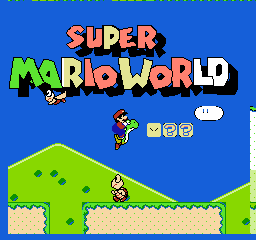 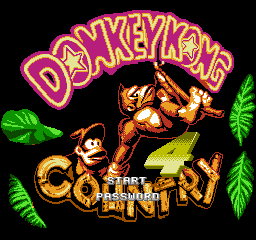 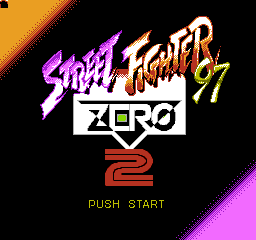